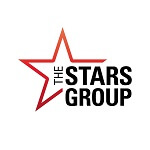 The Stars Group is a software company formally known as Amaya Gaming Group Inc. The group changed its name in 2017. The brand is a global online and mobile gaming company. They are offering interactive entertainment in their gaming products. The Stars has proven itself as a force in the gambling software provider industry.

The software developer is known for its array of casino offerings. Well known for its poker games, stars Group offer more than just poker. The developer has table games, video poker, and extensive slots portfolio. The developer’s game limits vary at internet casinos. Stars Group has very few live dealer games. However, they will find all their favorites such as baccarat, roulette, and baccarat all from the Estonia studio.

The developer has licenses in 21 jurisdictions, which include Australia, Europe, and North America. Stars group uses an accessible technology platform to develop and acquire interactive technology-based resources. To create innovative games, the company relies on its passionate personal, experience, and worldly exposure to tap into new markets and industries.

Robust gaming regulators regulate the Stars Group games, and there is a security and gaming integrity team of over 300 professionals. The desktop software can be downloaded using a certificate that is issued by the company. The company also has systems in place for registrations, verification, fraud, and anti-money laundering. All systems ensure that all dealings with players and casinos are fair. The best part is most of the games offered by the Stars Group can be accessed on the players’ mobile as they were developed using HTML5.

The game portfolio at Stars group is not only a selection of games created and produced by Amaya or Stars group developers. Some of their games belong to other well-known casino software providers such as IGT, BetSoft, Chartwell and Aristocrat. The combination of providers means the software developer can provide its players with a large selection of game titles.

The partnership with the Stars Group subsidiaries such as Betsoft offers the player the opportunity to play 3D games from the Betsoft portfolio as well as other signature games from all the other developers. 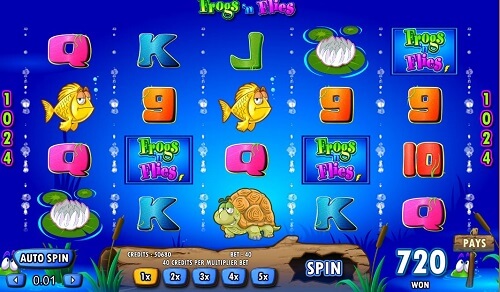 Slots from The Stars Group

The slots from the Stars group are most 5-reel video slots. There are three-reel slot titles but not as much as the five-reel offerings. Stars Group does not have a wide range of slots that have been developed in house. However, with the title from other developers’ players are guaranteed hours of fun while spinning reels at popular slot titles. Players can expect fantastic graphics in the themed slots. From superhero-themed games to classic slots, there is a lot to choose from. For maximum fun, the slots have unique bonuses, progressive slots, and free spins for profitable returns.

Amaya was founded in 2004, and 2017, the company rebranded, introducing the Stars Group to us players. The company is based in Toronto, Canada, with several offices in America and Europe. As it stands, the Stars group has more than 2000 employees. The software company is the parent to seven brands, including PokerStars, Full Tilt, BetStars, and BetEasy. The company also has live poker tours and event brands.

From poker, table games, and slots, and sports betting, the Stars Group truly has years of experience in providing players with tons of gaming entertainment. The rebranding of the company has not taken away from the foundation of what Amaya has built. Unfortunately, the rebranding did not come with more in house created slots and games as anticipated. The partnership with the other developers makes it challenging to pinpoint games created by Stars Groups. With that being said, the group had done a fantastic job of creating a brand identity that is carried out in all its products.