Vermont is one of the smallest states in the US. There may not be any casinos

in Vermont however it is surrounded by states that allow legal gambling. Known for its maple syrup, thick forest and tourist attractions Vermont is a gambling free state. The Green Mountain State residents, including visitors to the state who enjoy gambling at casinos, will have to travel to neighbouring states to do so. The nearly non-existent gambling industry has made provision for a few gambling forms.

Not nearly as upmarket as top gambling states or as extravagant Vermont’s gambling revenue is well over 100 million annually. The gambling laws are strict and have imposed fines and imprisonment for specific gambling engagements. Gamblers in Vermont have to be aware of gambling laws, legal gambling options as well as all the licensed gambling establishments and internet casino sites in the state. This will ensure that you don’t get on the wrong side of the law. Read our guide for all the insights of casinos in Vermont, USA.

One of the legal gambling forms in Vermont permitted by gambling laws is the state lottery. Players will not be able to place legal wagers at roulette tables or spin the reels at progressive slot machines. Charity gambling is also allowed in the state; however, only under strict restrictions. The game will be referred to as a legal charity game when proceeds go to charity. The state has made an exception for charity bingo allowing for small prizes to be handed out. Players have to be 18 and above to take part in the lottery.

Pari-mutuel betting was legal in the American state for a while when done at licensed race tracks. Over the years the racing industry has died down. There are no longer any racetracks operating in the state. The closest the state has gotten to casino-like gambling is electronic state lottery terminals. The slot-like machines were declared illegal by lawmakers and therefore removed from 25 locations in the state.

There are no gambling laws in place prohibiting players in Vermont from placing bets at regulated offshore sites. Players have to ensure that the site is accredited, safe and reliable. Penalties for violating gambling laws range from jail time to monetary penalties up to $100 000.

Between the 1700 and 1800s lawmakers in Vermont outlawed the lottery. The legislature then granted unique liberty to 42 lottery programs with the provision that the funds be used where the tax failed to cover the cost. The general assembly then banned the sale of lottery tickets in the state

Pari-mutuel betting was legalized following a referendum sanctioning Act 259. The horse racing industry opened to the public in 1963. In 1976 a voter’s referendum legalized the lottery and charity gambles were approved. The lottery profits are diverted to the states education fund when after a policy was enacted by the state. Between 2016 and 2017 lawmakers have an ongoing attempt to legalize daily fantasy sports. 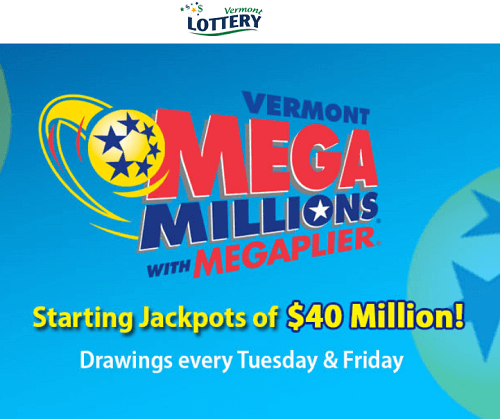 Lawmakers rejected federal recognition application and planned to build a state casino between 2007 and 2011. A commission was put together in 2012 as a consideration of selling lottery tickets online.

The Vermont lottery commission has to ensure that the lottery produces revenue compatible with the state’s dignity as well as contribute to the Education Fund. The commission controls ten lottery games by providing fair games.

The pari-mutuel industry is regulated by the Vermont racing commission. The board provides licensing, establishment and control of the industry. The three-member commission is under the Governor’s office.

The state has clearly stated that casino games are illegal. These statutes make it impossible for there to be casinos in Vermont. There are also no Indian casinos in Vermont as the state does not have any native American tribes federally recognized. The four tribes in the states do are not entitled to the rights granted by the Indian gaming regulatory act. Due to the lack of casinos in Vermont, players have to turn to a neighbouring state with casinos to place real money bets.

As Vermont does not have any regulated casinos and most gambling forms are regarded as illegal, there is no casino statics. The lottery is the popular gambling option in the state, and there are hundreds of locations where players can buy their tickets.