On the 19th of December there was a unanimous decision from the Nevada Gaming Commission to go ahead with more penalties against disgraced Steve Wynn.  Mr Wynn attorneys have argued that the gaming commission has no jurisdiction all the steamy now that he is no longer part of the gaming industry. That is in essence what the Nevada Gaming Commission is trying to ensure- that stings when will no longer be able to hold a gaming licence.  His attorneys insist that Steve when is not trying to re-enter the gaming industry in Nevada or anywhere else in the US or the world for that matter.  Even though they hold that stance they still are fighting the gaming commission on trying to declare Steve Irwin and suitable to ever hold any gaming licence. 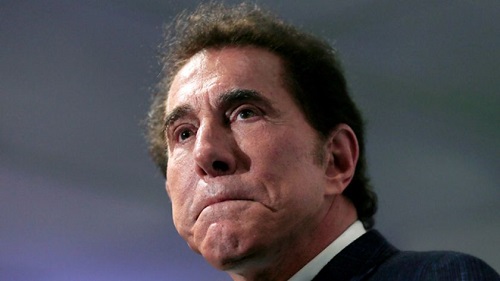 John Moran of the Nevada Gaming Commission emphasized on Thursday the 19th of December when the unanimous decision to continue with punitive measures against Steve Irwin was taken that the commission had every right and jurisdiction over anyone who is accused of misconduct regardless of when   or if they leave the industry.

It will be interesting to see how Steve Wynn’s attorneys fight off this barrage of persecution that seems to be following him ever since his disgrace and subsequent forced resignation due to the overwhelming sexual harassment cases against him from employees.

We will be following this story with keen interest and if you would like to find out more on this and other casino industry stories keep up-to-date with our blogs.