The study which analysed gambling advertising and marketing had a particular focus on children, young people and also the vulnerable. It was conducted by polling specialist, Ipsos MORI and the Institute for Social Marketing at the University of Stirling. Read on for more! 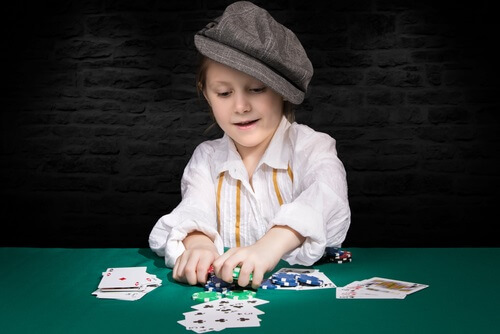 About the Underage Gambling Study

The new underage gambling research by the two consortia looked at how gambling adverts in different forms and frequencies, could have an impact on different social groups. What the research found was that lotteries and online sportsbooks spent the most on gambling advertisements than any other in the industry. Meanwhile, sports advertisements focused upon digital mediums with exposure extended through sponsorships used within live broadcasts.

The Source of the Problem

According to GambleAware CEO Marc Etches, the study found that “59 per cent of eSports gambling content found via Twitter was deemed as potentially appealing to children and young people, mostly attributed to the animated graphics used, in comparison to the 11 per cent of gambling adverts found in the mainstream media.

This is an interim report, and as such it is too early to judge the impact of exposure to gambling advertising and marketing on children, young people and vulnerable adults,” he added.

“Nevertheless, the research does make important recommendations, including the need for clearer and more regular messages on gambling adverts of the risks associated with gambling, and the need to strengthen age verification processes on social media platforms,” Etches added.

The research, however, revealed that gambling adverts were not found within content that was meant for children. This includes the most popular websites designed for minors. But, it found that there were a number of advertisements online which may directly appeal to children or young people such as memorable songs, celebrity endorsements and other things such as catchphrases.

“This research takes a significant step to address gaps in understanding this issue and provides a clearer picture of the volume, tone and content of gambling advertising and sponsorship in Great Britain, and the extent to which children, young people and vulnerable adults are exposed to it,” weighed Ian Angus from the Gambling Commission.

The research is still a work in progress and a completed one is expected by the end of 2019. GamblingAware suggested that using of technology would effectively manage content that children and young people can access.

“We await the findings of the second phase report with interest. In the meantime, we are pleased to see that the report identifies clear areas for action that gambling firms can take now and we, therefore, expect them to redouble their efforts to address public concerns about the volume and nature of gambling advertising and sports sponsorship,” added Angus.

The Research Director at Ipsos MORI, Steven Ginnis concluded by saying: “The impact of this exposure will be fully explored in our second report. Participants in the research also spoke of a wide range of themes and features that they find appealing in gambling advertising; these features are more commonplace than the use of child-friendly images or phrases, for example, the use of celebrities or the use of financial offers.

“This requires a more nuanced discussion of how best to mitigate against the risks of exposure, appeal and susceptibility to gambling advertising among these groups,” said Ginnis.

Keep it locked to our site for more gambling news!