Yet another Texas Lottery Winner has cashed in $1 Million. For the last week the state has been reeling in $1 Million lottery winners. The Denton, Texas lottery winner got five out of six numbers in the Mega Millions on the 6th of February. The winner who has elected to remain anonymous only missed out on the Mega Ball.   The $1 million cash prize was a second-tier prize. The Denton winner is one of many other Texas winners who have been extremely lucky. Mega Millions is one of the popular lottery games that is not only played in Texas but 43 other US states. In the last couple of weeks, Texas has had multiple Mega Millions lottery winners as well as scratch card winners. 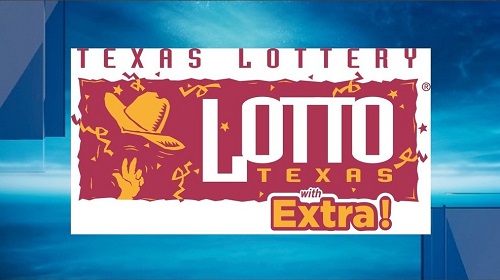 Not a lot is known about the latest mega millions winner as they have asked to remain anonymous. What we do know is the winning numbers as well as where the winning ticket was bought. The lucky ticket was bought in Teasley Lane, Denton at a Quick Save convenience store. The mega millions numbers that turned the Denton winner into a millionaire were 3-25-30-54-70, and the Mega Ball, which the winner missed, was number 9.

The Texas lottery has also acquired a few scratched card winners who have also walked away with $1 million cash prizes. The recent scratch winner is also a resident of the state and from Combine. The winner scratched their way to the million playing Multiplier Spectacular game. The scratch card was also bought from a convenience store.

Theresia M. Carty is another $1 Million Texas lottery winner who scratched her way to riches. Carty is so far the only winner who has revealed her identity and is happy to talk about her big win and how the plans on spending her $1 million cash prize. Carty has claimed the 19th of 40 $1 million prizes in the Instant Millionaire lottery game. Paying off her bills, investing and creating a trust for her three sons are amongst some the ways Carty intends on spending her winnings.

The first Texas lottery winner for 2020 won $13 million from a January 15 lotter draw. Since then, the state has been producing more and more millionaires, the executive director of the Texas Lottery, Gary Grief, has reminded lottery players of some very important things to do when having a winning lottery ticket. The lottery board encourages winners to sign the ticket then place it in a safe place. Once that is done, winners should then seek legal and financial advice. Before heading to Austin to claim the big prize, it is important that you call the state lottery before arriving.