You must know about the game Jeopardy! Or at least have an idea about how it works to understand the method. We get into detail a little later, but Jeopardy! is essentially a general knowledge question-based game where contestants must guess the question to an already given answer. The game uses a variety of categories when compiling the questions and answers. The overall idea behind the Forest Bounce Method is to bounce between categories strategically and maintain this way of playing.

This goes against the typical approach of going through categories in sequence order. When you follow this method, you confuse your opponents and viewers, and it puts you in full control of your game because only you know what’s coming next. The fact that your competitors don’t know what you are doing makes it difficult for them to predict your moves. This puts you in a powerful position.

Jeopardy! game show hosts aren’t huge fans of the forest bounce method because it disrupts the game’s flow. But it’s not illegal or against the rules to use this approach, and therefore, nothing prevents you from using it. 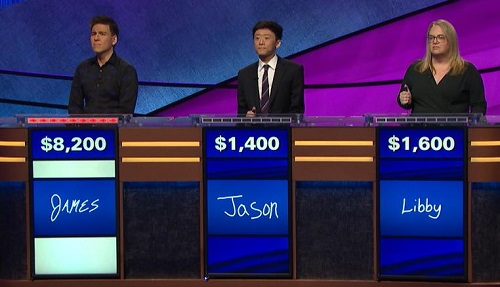 How a Game of Jeopardy! Works

To apply the forest bounce strategy effectively, you must know how the game works. Jeopardy! works differently from other trivia games. In a typical game, you must give the correct answer to a question r to win. Whereas in Jeopardy! you must guess the question to an answer.

You will then receive a payout if you correctly guess the question. But you will lose money from your bankroll if you give the wrong question.

Can the Forest Bounce Method Be Used in Casino Games?

Now, casinos don’t usually have trivia, question, or general knowledge-based games, so how can this method be used in games like blackjack and poker?

The forest bounce method was created specifically with a game like Jeopardy! in mind. This makes it difficult to apply to casino games that don’t share similar gameplay. But I guess a part of the forest bounce technique is built on the idea of being unpredictable when you play. Don’t follow strategy and gameplay so much so that players can pick up on your method or next move. This concept can be applied to games of skill like poker and blackjack.

The forest bounce technique was first used in the early 80s and is believed to be invented by Chuck Forrest. Chuck was a contestant on the hit US TV show when he first tried the method. It worked for him, which led to other contestants trying the method. It quickly grew in popularity and is still being used by some players today.