Home » How to Play Tricky Jacks or Better Hands

How to Play Tricky Jacks or Better Hands

A lot of video poker strategies are easy to learn. However, there are some situations that even seasoned players can mess up regularly. We’re going to look at several Jacks or Better tricky hands.

We’ll look at the different ways to play with each hand and the correct way to play. If you study these example hands, you’ll learn a lot about video poker and the right way to play to maximize your chances of winning. 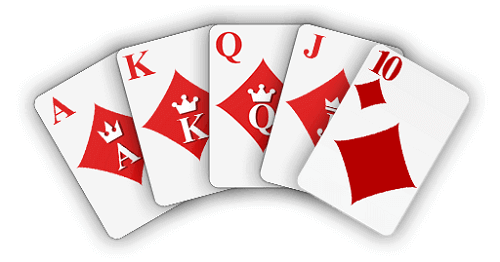 Let’s start with a very common example that people mess up consistently.

In this situation, you have two main options. Most players would immediately discard the two diamonds and draw to the flush. However, a second option is to discard both the two of diamonds and the Eight of spades to draw to the royal flush.

The second option is correct in this situation. Even though the royal has a lower chance of happening, the payout is much larger than the payout for a regular flush that justifies taking the risk.

Here’s a hand that requires a similar line of thought. Most people would celebrate that they had been dealt a flush and discard none. However, you could also try to draw to a royal flush by discarding the four of clubs.

Discarding the four is the correct play in this situation when you only need to throw away one card to try to get a royal flush. In fact, the only time that you shouldn’t discard one to draw to a royal flush is if you are dealt a King-high straight flush.

Let’s say you are dealt 2C, KD, 4H, QS, and JC, and you are trying to decide which cards to keep. You could decide to keep the King and Queen, the King and Jack, the Queen and Jack, or all three big cards. In this one situation, we see the only case where you should keep all three cards. You should only keep three big unsuited cards if they are the King, Queen, and Jack. This gives you the maximum chances to win with chances for a straight and three different pairs.

The hands we have mentioned may seem like simple hands that anyone will know how to handle. However, it can be easy to make mistakes, especially when you think you know the outcome of the hand you have. Hence, it is important always to make sure that you understand your video poker strategy and how best to use it.