The Vietnam online gambling bust that resulted in 400 Chinese nationals being arrested happened at an urban area in Hanoi. The cyber gambling operation is thought to be worth approximately $435m. The individuals were arrested while they were operating the internet gambling website. These individuals are aged between 18 and 24. The casino site was conducted in more than 100 rooms in a heavily guarded area in Haiphong City, which is situated 100km away from Hanoi in the easterly direction.The arrests of the Vietnam internet gambling bust were made on the weekend. The Vietnam police were busy with a raid of several buildings in the area. As a result of this raid, the police discovered machines that were designed to conduct cyber gambling operations. The devices included 2,000 smartphones, 533 laptops, as well as cash and ATMs. The Vietnam Police revealed this in a statement. The online gambling syndicate made transactions that were worth more than $435m by the estimation of the police. 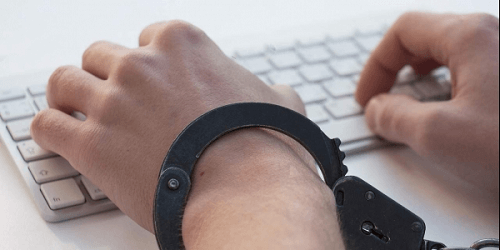 Vietnam Online Gambling Bust is the largest Operation ever Discovered

The statement further stated that this gambling bust was the largest Operation ever discovered; which involved a lot of foreign nationals. In the statement, the police said that this illegal gambling ring used sophisticated methods. The digital gambling operations were disguised as foreign investment business in Vietnam.

The raids were at Duong Kinh’s Our City Urban area where a 43-hectare which have five-star hotels and premium apartments as well as villas. The urban area also includes entertainment and commercial centres. Qiafeng Company developed this sophisticated area from Hong Kong. The development was completed in 2015 after five years.

In Vietnam, gambling is generally prohibited. However, foreign national is allowed to participate in gambling at selected local casino sites. In the previous year, the Vietnam government told the media that it would enable Vietnam citizens to gamble at a few select casinos as a trial.

The Vietnam police also arrested two senior police members who were found to be running an illegal underground online casino which was suspected of making millions of dollars. The Vietnamese courts found these two officials guilty in November.