Home » What Dice Games Do Casinos Have?

What Dice Games Do Casinos Have?

Dice games are a nice alternative to card games at casinos today. Your dice game options may not be as many as your card game options, but there’s enough to keep you entertained. Dice games and any other games where the outcome cannot be controlled or influenced by skill is called games of luck.

These games are super thrilling to play. The quest to land a 6 or the desired number on a dice can be both fun and frustrating. Dice is also a piece of gaming equipment that has been carried over many centuries which is why many players are familiar with it and enjoy playing games that include it.

Craps is arguably the most popular dice game at casinos today. This challenging, but lucrative game uses a pair of dice, and a casino table as equipment.

Most casinos offer at least one version of the game, and it can be found at both land-based and online casinos. More excitingly, craps can be played for real money! This means that when you wager with real cash, you stand to win money back. Some online casinos are kind enough to offer free craps as well, but free games are hardly an option at land-based casinos. 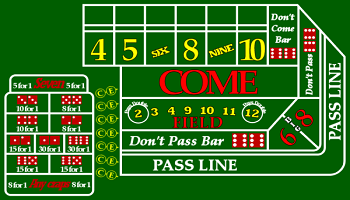 Sic Bo isn’t as popular as craps, but if you ever find yourself in search of a different challenge then Sic Bo is a good second option. The game is rooted in ancient Chinese culture and uses three dice instead of just two. This game is also played on a table, and your main goal is to try and correctly predict the totals(s) that the dice will produce. 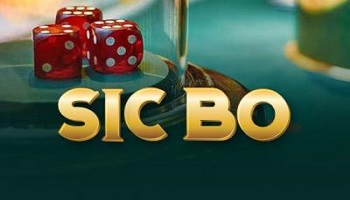 Chuck a Luck is a dice casino game played mostly by Aussies but can be enjoyed by players from other countries as well. Chuck a Luck has interesting origins. It’s believed that soldiers played the game during the American Civil War. Gambling technically wasn’t allowed so they would use a piece of material with 6 numbers (1 through 6) on it to not be as obvious. When a general or commanding officer passed by, one of the players would take the cloth, fold it up and would pretend to use it as a sweat rag, this way they wouldn’t get caught. The game subsequently was called “sweat” or “sweat rag”. 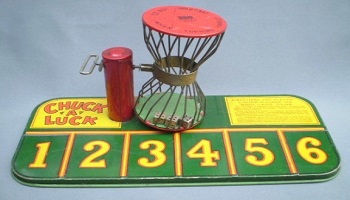 Casinos are constantly growing their game selection as much as software providers are always looking for creative ways to develop new games. The three mentioned games might be the only known dice games at casinos to date but there are various other games to enjoy. Popular titles include poker, roulette, blackjack, keno, video poker and even bingo. Sign up at any of our casinos to play.