Home » What is Considered a Bad Beats?

What is Considered a Bad Beats?

A bad beat is a term that is mostly used when playing poker. It refers to when a player has very strong cards who loses against a player who is unlikely to win. The other player would get a lucky card for them to turn the tide and win the game. Then the player who initially had a strong hand suffers to what is bad beats.

This is one of those things that have plagued players for as long as casino games have been played. So, how do these bad beats affect players psychologically? Read below for more. 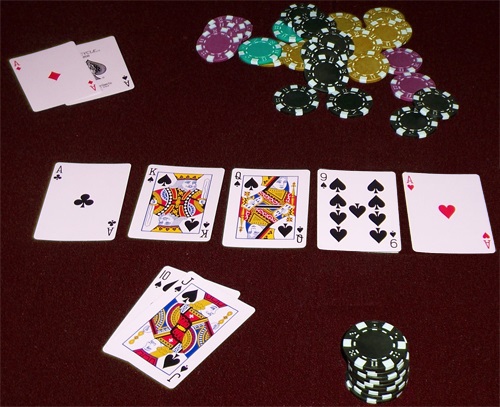 Just imagine you are playing Texas Hold ’em, with a pair of aces in the hole, and you get an Ace on the flop, giving you what, in most circumstances, is a winning hand. But while that’s going on, one of your opponents, who has just a two and a four, watches alongside you as a three comes on the river. And a six falls on Fifth Street, and you have just fallen victim to a straight. You feel helpless. There is no way you should have lost, but you have lost nonetheless.

Because of the nature of this defeat, you can be affected by any subsequent actions. For example, you are still thinking about what happened as you proceed in a game. You are not paying attention to the things you should be paying attention to. In the poker game, it can carry an extra measure of aggravation as your opponent is celebrating.

Such things affect a swing in your financial fortunes. As there is a big stretch between what you would have won and what you wound up losing. Nowhere is this swing as pronounced as it is in poker.

But bad beats can happen in other gambling experiences as well.

At the blackjack table, how many times have you had a two-card twenty with a big bet out, only to be defeated by a dealer who makes a 21 out of five or six cards? That can be excruciating. And it is not uncommon for a player to try and over-compensate for that loss with a big bet on the next hand, which can worsen the situation.

Stories of bad beats are often heard in the realm of sports betting. An event where one is betting on something that is completely out of their control.

How Do You Avoid a Bad Beat?

These things can be difficult to overcome, for sure. But this is where your mental toughness comes into play. There is little doubt that your mental makeup, when all is said and done, is going to be a major determinant between winning and losing in the world of gambling.

If you have to stop yourself and take a break, do it. But do not let a bad beat ruin what happens afterward. That’s a quick path to ruin.

Here are a few ways that you can avoid a bad beat: