Home » What is the Longest Roll in Craps?

What is the Longest Roll in Craps?

The longest roll in craps lasted four hours and 18 minutes. This record was set by Patricia Demauro, who is from Denville, New Jersey. She was labelled the “Gambling Grandma” for pulling this record. The roll is called the Golden Arm because of playing over an hour without losing.

Demauro broke this record back in 2009 when she rolled the dice 154 times the mentioned time above. She was playing at the Borgata Hotel Casino and Spa in Atlantic City. 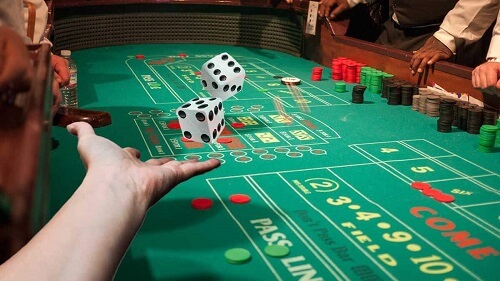 Before Demauro breaking the record, it was held by Stanley Fujitake when he rolled 118 times in three hours and six minutes in 1989. This was a record that Fujitake held for over 20 years. This win for Demauro allowed her to join the Platinum Arm Club.

She never revealed how much she had won from this long winning streak. However, it is estimated that she won an estimated $180 000.

You may wonder how Demauro was able to pull this record-breaking roll. However, this information was not something that she was willing to share. There have been players who were able to analyse the roll and manage to take something from it.

Demauro managed to roll a total of 25 passes from her 154 rolls. A pass line bet is when a player’s bet succeeds from the first roll. That is what Demauro managed to do without making any don’t pass wagers. What’s more, if you crap out the roll will move on to another player which means in this case, Demauro kept on rolling until her 154th roll.

Play for Your Chance to Win

Unfortunately, these were rare occasions that rarely happened. That is why you will not find many stories of lucky winners, such as Demauro. Her win was one in 1.56 trillion, so you can see how difficult this feat is to pull off. However, it does not mean that you can’t score your win even if it is not the longest roll in craps. Whether you choose to play online or at land-based casinos, you can try out your luck.