Home » Who Lost the Most Money Gambling?

Who Lost the Most Money Gambling?

Terrance Watanabe is a gambler who is known to have lost the most money gambling. Watanabe spent $835 million over a year playing baccarat and blackjack at Las Vegas casinos. He ended up losing $127 million, which became the biggest losing streak recorded in Las Vegas. Unfortunately, his obsession with gambling has landed him in debt, and to this day, he still owes $15 million.

Watanabe is not the only gambler who managed to lose a lot of money while gambling. There have been some unlucky players over the years. Below we list the other four that also lost a lot of money because of gambling. 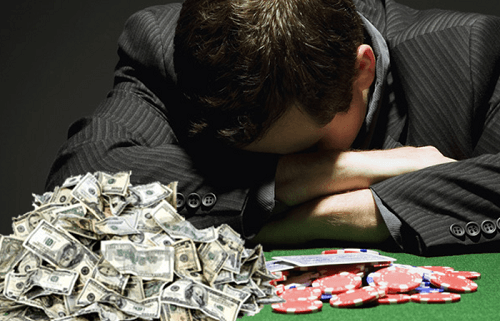 Known as the most famous gambler, Archie Karas lost $40 million because of reckless betting decisions. Karas had been on a winning streak while playing poker, baccarat, and dice games when he won the $40 million over time. He lost the money over three weeks. When Karas started his winning streak, he had gone to Las Vegas with only $50 and borrowed $10 000 from friends.

Charles Barkley is an NBA All-Star who was a known high roller because of his money when playing blackjack. He once admitted that he lost $2.5 million while playing a single session of blackjack. However, to lose $30 million, he played other games such as baccarat, roulette, and dice. Barkley was not playing for winning but for the thrill of it all.

Henry Kakavas, a former Australian billionaire, is one gambler who did not mind spending money on gambling. He has managed to spend $1.43 billion on this activity. He lost $20.5 million in two years while he was playing at Crown Casino in Melbourne. He knew that he had a problem and excluded himself from gambling at Crown. However, he ended up going to the tables in Las Vegas.

Working as the mayor of San Diego, Maureen O’Connor amassed a loss of $20 million from gambling. However, this can be considered a not so bad loss when comparing it to how much she spent on gambling. She had spent $1 billion and got some of the money from a charitable foundation under her second husband.

If you are a gambler, you will know that you don’t always win whether you play online or in land-based casinos. However, as a responsible gambler, you will know when to limit your gambling and how much you spend on it. You should always think about gambling as a way to entertain yourself and not make money. In that way, you don’t end up chasing your losses and losing even more money than you have.