There are hundreds of casino games available today. These range from slot machines to table games. While some games are new, there are a few that come from way back, and as a casino fanatic, it is always nice to gain some historical knowledge on some of your favourite casino games. We’ve researched what the oldest casino games are not only in the United States but all over the world! Keep reading to find out what they are.

Gambling Through the Ages

There are studies that state that the act of gambling in itself is thousands of years old and that our greatest ancestors enjoyed games of dice, cards and some table games from time to time. But, what exactly are those games and how have they evolved over time?

Keno takes our number one spot in our list of oldest casino games. Keno apparently dates back to a time when Chinese dynasties still existed. The idea behind this game of chance was developed as early as 771 BC or so they say. The purpose of the game at the time was to fund the Great Wall of China. The project did initially have funds but this quickly finished after the country had to finance a war and the reconstruction thereafter. Someone, whose name is unknown, then came up with the idea to create a gambling game in an effort to raise money to finish building the wall. How the game was played back then is way different to how it is played now. Our version of the game only came about in the 1800s. 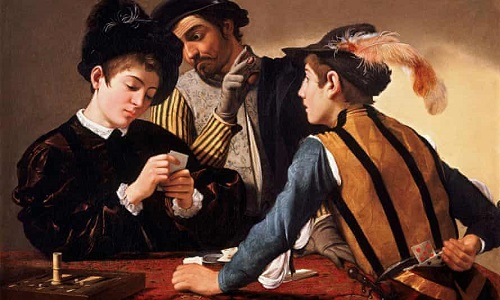 Out of all the casino games we list, we are most surprised to see roulette appear as one of them. The game is named as The Primordial Casino Game and its supposed origin is quite grim. Rumour has it that the game was invented between historical mathematician Blaise Pascal, a famous French philosopher at the time and the devil himself. The sum of all the numbers on a roulette wheel add up to 666, which according to the Bible is symbolic of the devil or “the mark of the beast”. Others believe that the game was invented in ancient Rome. People used to spin the wheels of their chariots in a game that mimics roulette. The game was named Roly Poly in the 1720s. Later that century French players further refined the game, the roulette wheel and the rules which is more or less how we play roulette at casinos today.

Poker is one of the most widely played casino games back then and now. Poker, or the concept thereof dates as far back as the 1800s while some believe it could even be much older than that. It was developed by taking elements from games like dominoes and other ancient card games and refining it. This refinement resulted in poker.

Over the years many other casino games were created with some having more than one variation. These include other casino favourites like baccarat, blackjack, craps, sic bo, bingo and modern lottery. The gaming industry has also advanced tremendously. We now get to play online casino games for real money, some of which are offered in 3D or live! You can also enjoy sports betting at casinos today.