Home » How to Easily Adjust to No-Peek Blackjack Games

How to Easily Adjust to No-Peek Blackjack Games

The standard situation in blackjack is that the dealer is dealt two cards with one face-up and one face-down. Each of the players are also dealt two cards which are obviously face-up. However, in some games, the dealer is only dealt a single card. While it doesn’t seem like this should make much of a difference, when you realize how blackjack works on a higher level, you’ll see that this poses one fundamental problem for players: The dealer cannot check for blackjack. This drastically changes the correct strategies in a number of important scenarios, and if you don’t make the proper adjustments, then you can find the casino’s advantage increasing.The main scenario that you have to worry about is when the dealer has a ten or an ace for a potential blackjack. Because there is no checking for blackjack, it means that they can get one when you double your hand or split two cards. With a lot of extra risks added because of the possibility of losing both your initial bet and your extra bet, you have to double and splitless often. Effectively, the dealer’s advantage increases in these types of scenarios. 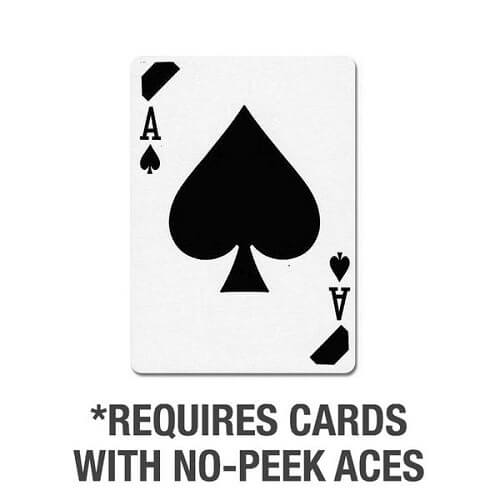 Since it’s just the splitting scenarios you have to worry about, a better way to approach no-peek games when your dealer could have a blackjack is to only split in situations where you have a very large advantage by splitting or if you have a very large disadvantage by not splitting. The classic example of the former is when you have two aces against a ten, and the classic example of the latter is when you have two eights against an ace or a ten. With the two aces, you have two chances at blackjack with a strong card against the ten, and with the two eights, you have an extremely weak hand if you just hit.

How Many Numbers Should I Pick in Keno?

Why the Pass Line Bet In Craps Is Best

The Surrender Option and When to Use it in Blackjack