What’s The Biggest Bet Ever Placed?

Have you ever wondered what the biggest bet to place while gambling is? Well, we have the answers. There’s quite a lot that goes into tracking down with the biggest bet as we have to look at location, currency value of the bet, and inflation over time. But the most complicated aspect of it is that there are different betting forms which will affect the betting amount.

Gambling has grown over the years and changed, but some things will always remain the same. People placing large amounts of money to bet on a game will always remain part of gambling. And not only have these people shocked us with their betting amount, but they have spent a lot of money to make money back. Of course, on occasion, people have lost very large amounts of money. We share with you the biggest bets to ever be placed at casinos and sportsbooks in history. 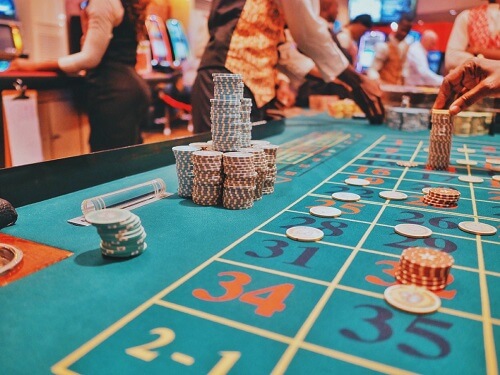 Here is a list of the top 5 largest bets to be made at casinos and sportsbooks.

The world’s highest-earning athlete Floyd’ Money’ Mayweather, has made a name in the boxing ring. But he has added a more impressive title of being one of the people to refer to themselves as one of the world’s biggest sports bettors that there is. Floyd is a regular six-figure bet maker on sports. He’s made a few large bets, such as a $5.9 million bet which he made in 2013 on the Miami Heat to overcome Indiana Pacers in the NBA. He is a high-earning athlete; however, he tends to make great betting decisions as this particular bet won him just over $6 million in profit. The Miami Heats beat the Pacers 99-76, leaving Money Mayweather one happy man.

Australian Media Mogul and infamous bet better Kerry Packer is no stranger to making large bets. Packers largest bets have led to the formation of an Association of bookies in Sydney. Packer has made plenty of hefty bets, including a $2 million bet on his horse at the Sydney Golden Slipper Stakes in 1987. However, Packers also lost about $7 million to the bookies relief.

The racing track is not the only place where Packer has won and lost money. He is also a gambling legend who has proposed the largest bet ever in Las Vegas; however, this bet didn’t occur. This was a $100 million dollar fortune bet made by a Texas Tycoon in hopes of impressing Packer. Apart from that, the billionaire is also very generous with his money and has once tipped an ambulance crew $1,000,000 for looking after him. Packers also won so much money that he was banned from a host of the gambling venues worldwide. So much so that Packer has played blackjack for $500,000 a hand at the MGM Grand. And he has also lost about $26 million in one evening in Nevada.

The most-watched Sports Betting event on the entire planet has to be the World Cup. It sees countries from around the globe coming together to compete on the football pitch. As expected, several bets will go towards the games happening during the World Cup. It is not surprising that somebody has made a hefty bet on the World Cup. An anonymous man bet $417,000 on a World Cup semi-final match between Germany and Spain. He bet that the Germans were going to take the match and make it through to the finals. He decided to call Williams Hills telephone service to make the hefty bet on the odds being 10/11. At halftime, he must have still been mildly confident as the match was at 0-0. Unfortunately, the Spanish defeated the Germans as they scored in the second half. Had the Germans won the match he would have walked away with €80,000, but he lost the bet, and we highly doubt he’d make such a hefty bet again. 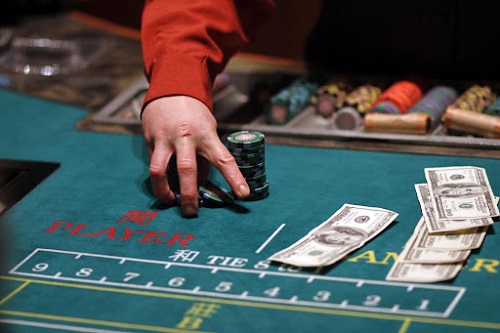 In 2014 a gambler made the largest political bet to be made and history. The gambler put €900,000 at stake on a no-vote to the independents. This amounted to about $1,235,000 on Scottish voting no. Of course, 2014 went down in history as the population voted no, allowing this gambler to enjoy a $265,000 profit. Like many of us we would have stopped right there to enjoy that profit. However, this bettor went ahead and made another bet on the May general election which he lost. Goes to show you can’t trust politicians to make you money.

We cannot talk about the largest bets made without talking about William Lee Bergstrom. Bergstrom is also known as ‘The suitcase man’ who made a living by selling and owning property in his home state of Texas. In 1980 Bergstrom visited Binion Horseshoe Casino in Las Vegas with two suitcases at hand. One suitcase had $777 000 in cash, and the other was completely empty. At the time, the casino had a policy that bid on a any bet size if it was the player’s first wager.

As Bergstrom was a first-time bettor at this casino, he took Benny Binion up on his offer and put the $777,000 on the don’t pass line bet in craps. To his luck, the shooter established a point of 6 then 7 within two rolls. This meant Bergstrom was the player with the winning bet. His empty suitcase was then filled with all his winnings, and this is how the phantom gambler promptly picked up his suitcases and departed the casino.

After enjoying his winnings, Bergstrom returned to the Binion in 1984 and placed another bet on the don’t pass line which he also won. This time he made a bet of $538, 000  which won him $117,000. With all that luck, one would assume that Bergstrom would call it a day. However, in November the same year, he returned to the casino. This time with $550,000 in cash, $140,000 in gold as well as $310 000 in cashier’s checks. Unfortunately, this time the trusted don’t pass line bet did not win. The shooter rolled a seven on the come-out roll, meaning Bergstrom lost $1 million that night.

While we can’t all afford to make large bets. Online casinos are more than happy to take your $100 or less bet when playing your favorite casino games. Of course, there are a number of casinos that will take bets of larger amounts depending on the game that you’re playing. We would highly recommend that you don’t place large bets on games that you don’t understand or you haven’t played before.

So, before you head to a casino to lay out your entire bankroll on a bet, make sure you know what is at stake. Remember the one piece of advice we will always give our players is to not place bets with money you can’t afford to lose. The last thing you want to do is lose your entire bankroll and savings in the name of betting big. make sure that you practice the games you’d like to place big bets at a few times before making the large bets.