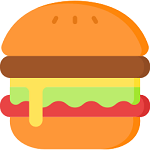 Food-themed slots are a guilty pleasure for many gamblers. Overall, the theme is pretty wholesome and relaxing. It’s like watching the cooking channel; you get to watch some amazing food creations without actually having to do any of the work yourself.

But there is an added benefit with food slots. And, that is that you can win real money prizes while playing these games, of course!

Not only do you get to see some scrumptious visuals on your screen that you didn’t have to create but you also get a chance to fatten your wallet. And, who could say no to that?

The food theme is a pretty popular one. After all, it is really a theme that most people can relate to and understand the general appeal. As such, we have decided to list the top 5 food-themed slots online available to US players.

We looked at a range of factors, including visuals acuity, payout percentage and variance so as to provide with the best list of food-themed slots to play.

We’ll admit it: Food Fight! isn’t the best-looking slot game at online casinos. The visuals in this popular Realtime Gaming slot look like they come from a very old comic strip. Despite this, they still have their own unique charm. And, as far as cartoon-looking food goes, the ice-cream in this game looks divine.

However, a good-looking cartoon dessert is not the reason we are recommending that you play Food Fight! Rather it is because this game has a return-to-player percentage of 95%, a massive standard jackpot and average volatility.

This means that you stand a great chance of winning some prizes while playing this game. So, we’re sure you can make it past some average-looking visuals for a couple of game sessions.

Jacques Pot: Gourmet Slot also makes use of a cartoony-design. However, we’d say the visuals are better than those seen in Food Fight! with clearer designs and less questionable colors.

Jacques Pot: Gourmet Slot has a slightly lower RTP than Food Fight! at 94%. But the game has more bonuses and a chance to win up to 500x your bet with the right combination of symbols. In addition, the volatility for this game is pretty low, so you stand a good chance of winning at least something. 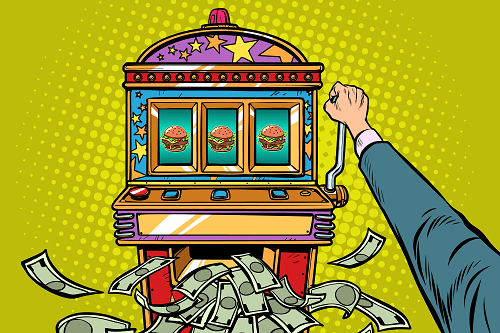 Sweet 16 is a candy-themed game with symbols being made up of all those sweet treats you probably loved as a kid. The game is newer than Food Fight!, so you can see that Realtime Gaming knew a bit more about creating more compelling visuals when it was designed.

Overall, the game follows the same standard set-up RTG games generally offer – 5 reels and 25 paylines. Gameplay may become a bit monotonous after a while. However, with low variance, a big jackpot on offer and a return to player percentage around 96.3%, you will want to play this game more than once.

Sugar Pop 2: Double Dipped is a delightful game for any player with a sweet tooth. You may think that there are many candy-inspired games – which there are – but Betsoft really went out of their way with this one.

The game runs more like Candy Crush as opposed to a regular slot, meaning that there are extra chances to win after some candies have made way for others. With a return-to-player percentage of 96.42% and a medium variance, we’re also sure that you will like your chances! 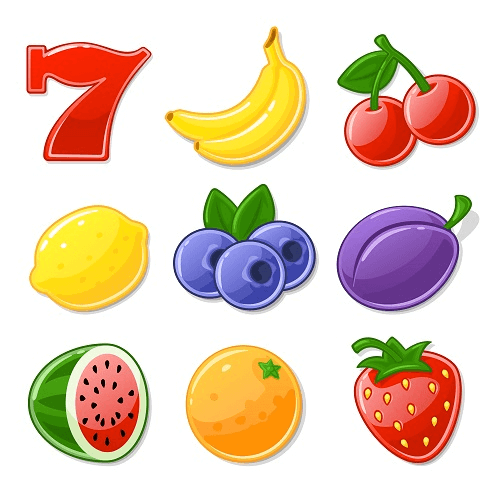 Mamma Mia! Is our favorite food-themed slot game. The game has you running an Italian restaurant with the aim of impressing a nasty critic. Betsoft is renowned for its wonderful graphics, and they really did well to make this game seem very inviting. You really do feel like you are watching a DreamWorks film.

However, beautiful visuals is not the only reason we have listed Mamma Mia! as our number one pick. The game has a return to player percentage of 96.5%, a massive jackpot of 30,000x your bet, and a number of great bonus features.

With a low to medium variance, we think you really should have a look at this mouthwatering slot game. You won’t regret it (other than feeling hungry afterwards!)