The casino entertainment giant, Caesars Entertainment, has recently announced that it is planning on introducing its first hotel in America that does not have a casino. Caesar’s first non-gaming hotel in the USA will be constructed in Scottsdale, Arizona. The announcement was made on Monday the 28th of January 2019, by Caesar’s CEO, Mark Fissora. 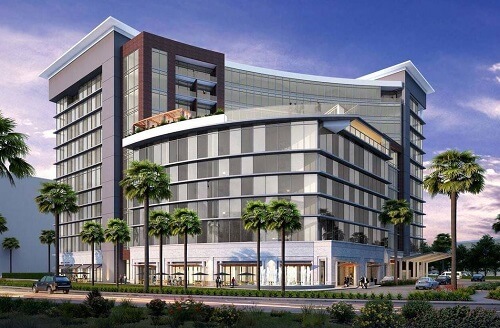 In the official statement, it was announced that the new lifestyle hotel in Scottsdale will be known as the Caesars Republic Scottsdale and represents progress on the company’s plan to expand its business outside of gambling. Scottsdale is a very popular tourist destination and has been described as a Miami beach in the desert. There are plenty of hotels, nightclubs and spas. In fact, Scottsdale has the greatest number of spas per capita of any city in the United States. This makes it a perfect location for Caesars to open a hotel.

As we all know, Caesars Entertainment recently went through bankruptcy. After emerging from proceedings, Caesars is now focused on growing the business and diversifying its business interests. This is being done to try and make Caesars Entertainment less reliant on casino gaming revenue. In addition to this, many of the most lucrative hospitality areas in the world do not always permit gambling.

In June 2018, Caesars announced it would license four of its casino brands and allow developers to create properties around the world. These brands include Caesars Palace, Flamingo, The Cromwell, and The LINQ. Caesars also announced in 2018 that it would be opening two luxury hotels and a beach club in Dubai.