In recent weeks, strong sources in the US casino gaming industry have alleged that Caesars Entertainment will soon be going up on sale. It is now rumoured that Tilman Fertitta, the owner of the Golden Nugget Casino group, is at the front and center of all talks involving the sale of Caesars Entertainment. 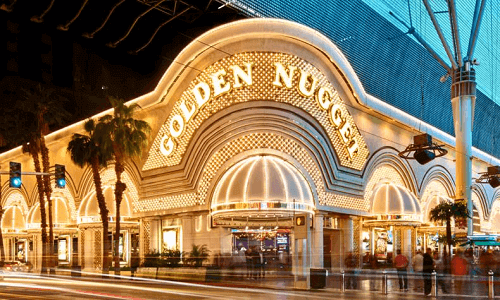 While it is currently unclear as to when Caesars Entertainment will announce their acquisition intentions, it is clear that the group’s board of directors is being pressured to announce this information by majority shareholder Carl Icahn.Ichan, who owns a 28.5% stake in Caesars Entertainment has stressed his desire to have the casino group acquired or at the very least merged with another group. In March, he stated as such and added that this may be the best path to develop the group’s strong regional presence.

Tilman Fertitta, the CEO of Landry’s Inc. – the group which owns a number of hospitality and entertainment groups, including five Golden Nugget Casinos – has reportedly proposed an offer that will see Landry’s purchase Caesars Entertainment at $13 a share. This is $4 more than the $9 value Caesars shares were going for at the time the proposal was made.

The plan is to incorporate the Golden Nugget casinos with Caesars massive gaming portfolio. Fertitta would then take on the role of CEO of the new group and will also be allowed to add his own restaurants to the any establishment own by the group.

The announcement that Caesars Entertainment has led to a jump in stock value for the group. Overall, the group’s value does seem to be increasing at this year, with value being up 37% overall in the last four months. Compared to share value this time last year, this is still 15.45% loss though.

Whether or not Caesars Entertainment will be purchased by another group remains to be seen in future. For more updates on this news story, keep it here at BestUSACasinoSites.com