Home » How Many Decks of Cards are Used in Blackjack?

When more than one deck of cards is used for a game, this will affect the house edge and how you will use the basic strategy. Below we have a look at the different decks of cards that are used in blackjack. 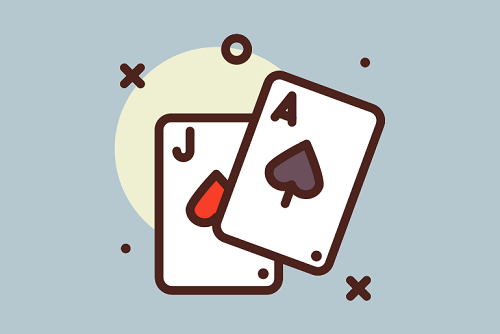 There is no restriction on how many decks of cards can be used for a blackjack game. However, the game will become more complex the more the decks of cards are used. Different variations of blackjack have now been introduced because of the number of decks that are used. What’s more, the house edge will increase with more decks used.

Below we look at the number of decks used for various games.

Games that use a single deck will be using 52 cards. The cards will include an Ace, cards two to ten, and face cards jack, queen, and king. The Ace will have a value of one or 11, and the face cards will be counted as 10. While the cards from two to ten will keep their value.

When a game uses multiple decks, they can use at least six or eight at a time. Each deck added will still have the same numbers as the single deck. This then makes the face cards numbers to be 96 while the others are about 416 per game. These will be shuffled together, which then makes it more difficult to card count.

Casino sites use this method not to make it simple for you to build a blackjack hand or get as close to 21. However, since the games use RNGs, it is still possible to win even though there is no guarantee. When an online blackjack game uses multiple decks, the house edge will increase.

Live dealer games streamed on the internet will also use eight decks of cards, similar to most land-based casinos. There will also be games where six decks of cards are used. Some casinos will have the cards shuffled when 50% of the cards have been dealt. Some tables will use an auto shuffle.

Does the Number of Decks Matter?

Yes, the decks of cards that are used for the game do matter. As we have mentioned, the number of decks used for a game will affect the house edge. What’s more, it also affects the chance of you will winning the game. You will have a much better chance of winning with a single deck of cards and compared to multiple decks.

A single deck game will have a lower house edge, and you can easily count cards and reduce the house edge even more, when you use the basic strategy.

Here is the house edge you can expect from the different decks of cards: