Home » Is It Better to Stop a Slot Machine?

Is It Better to Stop a Slot Machine?

Stopping the slot machine can’t be considered better for the game because it doesn’t affect how it is played or the results. If you decide to stop the spinning reels, it will be by your choice and decision, which will not change anything on the slot reels. You would have just ended the spinning earlier than expected.

The option to stop the spinning reels is mostly a feature that you will find on online slots. The same button you press to start the reels spinning is the same one to stop them. This question probably came as a result of this feature. The game will remain random whether you decide to stop the reels or wait for them to stop themselves.

So, you can’t control the spin results just by stopping them at a certain time while they are spinning. 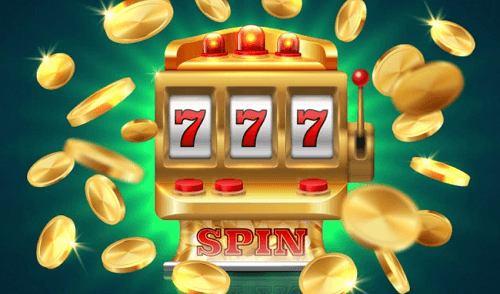 Does Stopping the Slot Machine Affect the Outcome?

No, the outcome will not be affected by stopping the spinning reels. As we have mentioned, the results will still be random because of the RNG that is used in the games. So, there is no way to improve your odds of winning or making a winning combination by stopping them when you think it’s best. When you stop spinning, it gives you a sense of control over the game, but the only thing you control is stopping the reels from spinning and nothing more.

However, there are slot games for some providers where you can stop a specific reel, affecting the game’s outcome. You need to be good at stopping them so that it can work out in your favor. In this regard, it would make this a good skill when playing the games.

IGT’s Reel Edge series are the games that have this option, and the slots in this series include Blood Life and Triple Red White and Blue. However, this still doesn’t guarantee that you will have an advantage and win consistently.

Should You Stop the Spinning?

This decision is up to the player. However, do keep in mind that doing this does not help you win in any way. What’s more, it might just hasten your losses. So, be sure that it is something that you want to when you decide to do it. We suggest not rushing through this because it doesn’t make any difference. However, if you are in a rush, you can go ahead and stop the slot machines.