Home » Macau Casino Stock Drops 8.6% for the Month of Aug

Macau Casino Stock Drops 8.6% for the Month of Aug

The share price of the renowned Asian gambling house, the Macau Casino has dropped for the month of August. The drop was to be expected as a result of the ongoing trade war between China and the United States of America. Despite the estimated drop by analysts, reports have shown that the revenue fell more than previous estimated. In numbers; the Macau Casino recorded a revenue slump of USD$3.01 billion, down from the USD$3.28 billion made the same time last year. Analysts had projected a drop of between 2% to 6%, not the resulting 8.6 percent. 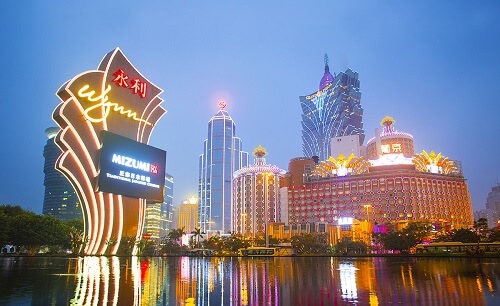 While not the only cause of the slump, the enduring international relations between China and the US have contributed a lot to the drop. Concomitantly, the slow economic growth in the region and persistent protests in Hong Kong have played a hand in the performance of the casino this year. As a result, some of the competitors also took a hit, with Wynn Macau, Sands China, MGM China, and SJM Holdings all recording a drop in revenue. The new 15% tariffs that the Donald Trump presidency are planning to set on around USD$112 billion worth of Chinese imports won’t help either.

The city of Hong Kong remains Asia’s financial hub. Since the civil unrest began, there has been a huge impact on travels and transportation in and around the region. Analysts have pointed to the amount of business tycoons that have travelled to China’s coastal cities and the casino dwindling in comparison to the same period last year. These numbers are also reflective of the VIP high rollers that frequent the Macau casino.

If you can’t travel to Macau casinos, you can always get a wide variety of casino games on the internet. Visit some of the casino sites that we have reviewed and take it for a spin today.