MGM’s National Harbor in Maryland has reasserted its dominance in the state’s live casino industry. In the last month of 2019, National Harbor’s revenue grew, outperforming local competitor Caesar’s Entertainment which continued on its downward spiral. 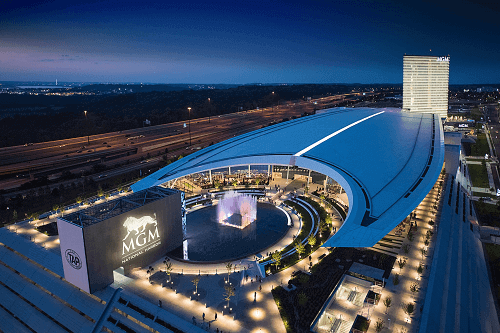 Things had been looking bleak for MGM’s National Harbor casino in November. But they managed to re-secure authority in the state, bringing in a total gaming revenue of $62.6 million in December 2019, a 4.5% increase from December 2018. Compared to November 2019, this is a $8.7 million jump.

Another competitor to MGM’s National Harbor is the Caesar’s Horseshoe Casino Baltimore. However, the Horseshoe casino has been struggling since the MGM opened in Maryland in 2016. Caesars’ revenue has been sliding 15.7% year-on-year and nearly hit the property’s all-time low of $18.3 million last August.

While these numbers may not be that great, casinos like MGM’s National Harbor wouldn’t mind an extra revenue stream. Which is why casinos in Maryland are looking forward for state legislators approving a new bill pre-filed by Sen. Chris West in the 2020 legislative session. However, it may take a while to pass and be implemented as such measures would require the passing of a voter referendum this November. So, they may have to wait until 2021 to get a boost from the state.

Keep it here at BestUSACasinoSites.com for more news.