New Mexico has officially launched its third sportsbook through William Hill. This marks the gambling operator’s expansion into its sixth state. The new sportsbook, located at Inn of the Mountain Gods Resort and Casino in Mescalero, N.M., is operated by the Mescalero Apache tribe. New Mexico has unique gambling laws that don’t require further amendments after the Professional and Amateur Sports Protection Act (PASPA) was rescinded in 2018.In New Mexico, sports betting is considered a Class III game under federal tribal gaming laws. This means that it’s perfectly legal to take part in. Of course, there are some drawbacks with current laws. Namely, that online gambling is not specifically allocated. So, that will likely be the next step if enough bets are made. 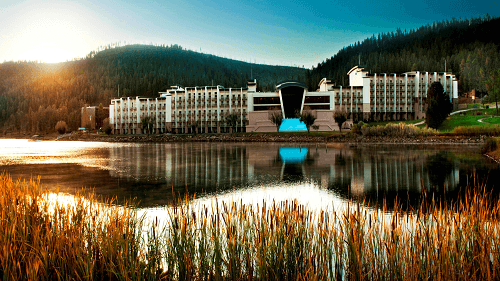 New Mexico will be the sixth state that allows a William Hill sportsbook. Early in July, the gambling operator announced two further deals in Iowa as part of its American expansion. Due to an agreement from 2012, William Hill has partnered with Eldorado Resorts Inc. Their deal stipulates that the British bookmaker can run sportsbooks at Eldorado’s properties across the United States where it’s legal.

Their announcement comes just after Iowa officials decided to approve new regulations on Tuesday. These regulations will allow sportsbooks to open in Iowa during August. Moreover, Indiana lawmakers have announced that the bookie will open another sportsbook in Indiana at another Eldorado Resorts property.

Another Sportsbook for New Mexico