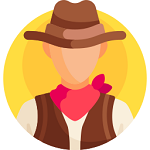 Dead or Alive is a famous Western-themed slot game produced by NetEnt. Although it was released more than a decade ago, NetEnt has managed to remain a favorite for many players despite having a reputation for being a bit stingy.

Although NetEnt has already released a sequel to Dead or Alive, we thought we should review the original given its long acclaim. Below we look at all you need to know about this game, including the return-to-player percentage, gameplay, and design.

Return to Player (RTP) and Volatility

As mentioned above, Dead or Alive has a reputation for being a stingy game. So, it should come as no surprise that it is a high variance game. Players don’t win as often as they do on other games, but they win big when they do.

Despite being a high variance game, the game still has a relatively high RTP percentage at 96.82%. It is important to look at this metric with a grain of salt as sometimes big payouts cover up a game’s stinginess. So, we recommend that you play this game with the idea that you are going to lose. 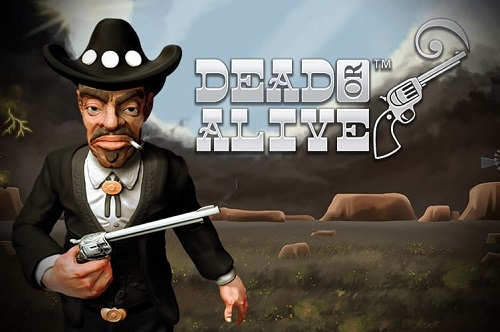 Dead or Alive is a five-reel slot game with 9 paylines. As far as modern games go, 9 paylines may seem too few for many players’ liking, but we don’t mind it. It seems, as a result, winning combinations also payout more than other games with more paylines would.

The game has a clean design with well-illustrated symbols. Everything is done in 2D, and the background really makes you feel as if you are in the Old West. The sound design is also just enough to keep you entertained but not overbearing, which is a good balance.

Here’s all you need to know about the gameplay in Dead or Alive:

Dead or Alive has a combination of theme-related symbols and poker symbols (A, K, Q, J, 10, 9). Some of the themed images include a gun in a holster, cowboy boots, a cowboy hat, a shot glass, and a sheriff’s glass.

The game contains both wild and scatter symbols. The wild is illustrated by the wanted poster and can be used to complete winning combinations. The scatter is represented by the two crossed pistols and activates the game’s bonus mode, but we’ll get to that a bit later.

The betting range in Dead or Alive isn’t huge. Overall, we’d say that this is a game for low to medium roller. You won’t be spending more than $100 on a single spin, that’s for sure.

The minimum bet is set at 0.01, whereas the maximum is set at $18 when the coin level is maxed out at four. This makes for good opportunities for players with smaller bankrolls but may frustrate players looking to bet big and win big at the same time.

There are two bonus features in Dead or Alive:

You need to land at least three scatter symbols on the reels to activate the free spins mode. Depending on how many land on the reels, you will be given between 12 and 29 free spins. You only get 29 if you land all five scatters on the reels.

The game also features a sticky wilds feature, which only activates during the free spins bonus mode. If you are unaware of how such features work, once you land a wild during the bonus mode, it will stick to the reel for the remainder of your free spins.

As you get more wilds get stuck to the reels, it becomes easier to land winning combinations, meaning more winnings for you!

We played Dead or Alive and can attest that it doesn’t like paying out very often. However, when it does, it pays out; it makes the moments of frustration seem worthwhile. We also liked the theme with some well-designed symbols.

The game isn’t really suitable for players who are looking to bet big. However, we think this is fine because only a minority of players will really be upset about this. (After all, there are tons of other games with big bet ranges.)

Overall, for a game that was released in 2009, Dead or Alive still seems like it can hold its own, which is why we decided to give it a rating of four out of five gold stars.