Boxing fans were left seething with anger after Floyd Mayweather teased them with a possible comeback into the ring. While a promotional campaign was conducted, the announcement was not what people had been hoping for. Money, as he is affectionately known in boxing circles, revealed that he was entering into a partnership agreement with fantasy sports company Daily Number. The retired boxer made his way back into the ring after calling time on his illustrious career before. In a big-money boxing fight with highly rated Mixed Martial Art fighter Conor McGregor in 2015, Floyd put his 49-0 record on the line one last time. 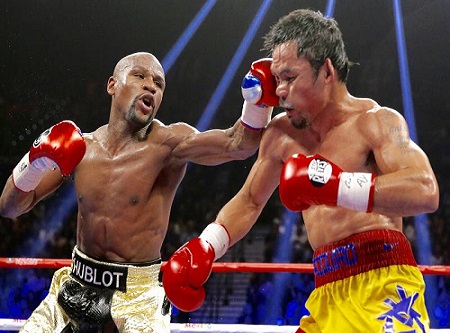 There’s no question that if the financial incentive is there, a rematch between the 42-year-old and “Pac Man” is very much a possibility. In 2016, rumours swelled about a possible rematch of the ‘fight of the Century’ that saw Mayweather retain his unbeaten record. It is not uncommon for boxers to come back from retirement. Pacquiao had retired on boxing to focus his attention on his political career in the Philippines. He came out of retirement and his most recent bout was against outspoken Adrien Bronner. And of course, he won!

The announcement on Wednesday was made via a video post on social media, to which he had his WBC world title belt with him. The important announcement of entering the fantasy sports industry was met with much contestation, with fans hoping he’d make a return to the ring. The partnership with Daily Number will form part of a list of Mayweather’s business portfolio which includes Mayweather Promotions and a Las Vegas gentlemen’s club. He is intent on using his clout to back the fantasy sports app and take on daily fantasy sports giant DraftKings. Keep it locked on www.bestusacasinosites.com to find out if the latest updates on the possible fight.