Who said June has to be dull? With Microgaming slots for this month, players can expect a vibrant gaming experience. A network of indie game development studio created the brand new titles which all comes together at Microgaming’s showcase.

Players across the state are invited to explore the adventures set out with signature artwork, technologically advanced mechanics, and good soundtracks. So, we look forward to is having a great time with Microgaming.

The month started off with 11 Championships. This five reels, three rows and 20 paylines, high volatility football theme game. What other slots will Microgaming have in store? Games such as Aliya’s Wishes is a fantasy-themed game that will be counted with other epic magic titles from June 9. Fortune Factory Studios slot is especially for players who like visiting the fantasy world. Neon Valley Studios developed the Age of Conquest that will be presented on June 16. Furthermore,  on June 18, Roman Power with its amazing soundtrack and graphics will be available for players. 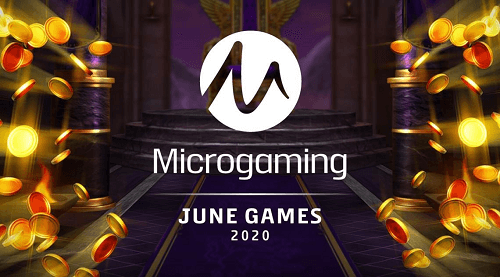 Aurora Beast Hunter is a new title from Microgaming to be launched on the 23rd of June. Finally, Stormcraft Studios will end the line-up with Wild Catch that will be released on the 30th. Also, the gameplay includes exciting mechanics, artwork, and audio.

Golden Rock Studios has a game called Wild Predators, Crazy Tooth Studios with their Fortress Charge will be on Microgaming’s platform the whole month. 9 Tigers from Wazdan as well as Tom Horn Gaming ‘s Joker Reelz will be part of the frenzy. Realistic Games’ Bar-X Pull Tab, and Plank Gaming’s  Super Sync can be counted.

Therefore, players who want to have fun while playing thrilling games can do so this month. It doesn’t stop there, Best USA Casino Sites always blogs about new slots released and latest casino news in the best interest of players.