The Nevada Gaming Control Board (NGCB) is actively seeking to take the gambling license of once famed casino mogul, Steve Wynn. After a string of less that scrupulous behavior as the CEO and chairman of Wynn Resorts, he stepped down. The recommendation by the regulator follows the case in which he was accused of sexually harassing several of his employees. The papers were filed on Monday and the board will look to strip Wynn off of his state casino license as well as to fine the disgraced tycoon. 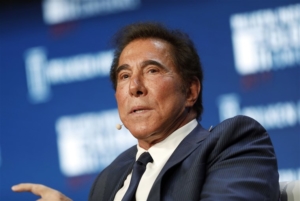 NGCB Claims That Steve Is “Unsuitable”

The Nevada Gaming Board filed a complaint stating that Wynn is “unsuitable” to hold a gaming license as his reputation has a negative association to the entire gaming industry. A separate judgement by the Massachusetts Gaming Commission was dropped in April where the executive board members of the casino had created a corporate culture of secrecy where the founder was involved. This later lead to Wynn Resort developing into a place where employees and victims of sexual harassment became afraid to pursue complaints against management.

“His conduct demonstrated that he is not a person of good character, honesty, and/or integrity,” the regulator explained in the report. The complaint also expanded on the potential problem that Steve Wynns “conduct further established that he poses a threat to the public interest of the State of Nevada,”.

Even with Wynn stepping down as the CEO in February 2018, his troubles followed him. As the founder of Wynn Resorts, the Wall Street Journal reported in January 2018 that female employee had claimed that he pressured her to have sex. Steve had denied all accusations, but soon a sequence of discoveries indicated a pattern that would lead to his resignation. Another allegation surfaced made by employees of Wynn Resort in which they were paid more than $7 million in hush money. A manicurist for the casino accused Wynn of coercing her into sex back in 2005 and it is suggested that the board knew and didn’t act on the information.

To discover the ruling by the Nevada Gaming Board, keep it locked to BestUSAcasinosites.com.