Resorts World Catskills is beginning a new chapter as its sale has been officially approved by shareholders on Wednesday, November 13. The New York casino was sold to a Malaysian-based gambling operator and now makes the struggling US$1 billion casino private.

The decision to sell the Thompson, Sullivan County casino was announced in August when it announced that it was facing bankruptcy. It aims to get the casino on a stronger financial footing after failing to meet projected revenue since opening in February 2018. Monticello-based Empire Resorts shareholders agreed to selling Resorts World Catskills to Kien Huat Realty and Genting Malaysia. Kien Huat also owns Resorts World New York City in Queens.

“This marks a new chapter for Resorts World Catskills and is the first step toward fulfilling the promise and potential of New York’s most prized integrated casino resort destination,” said Empire Resorts and Genting Americas in a joint statement. 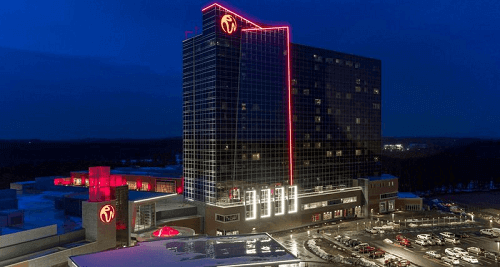 Resorts World Catskills Sale & What it Means for the NY Casino

Before the sale, Resorts World Catskills faced potential bankruptcy. Through June 2019, the casino had an operating loss of US$73.5 million, its SEC filing showed. It was hoping to be an economic driver in the region, employing more than 1,000 people. However, it failed to attract New Yorkers partly because there were other casino options closer to the city.

Thankfully, Catskills doesn’t expect any layoffs. “We can bring synergies to both projects and by just operating at a higher scale, we’re going to be able to put the cost structure in a way that Resorts World Catskills can turn to black and we can make money moving forward,” said Edward Farrell, president of Genting Americas.

For more of the latest US casino news, keep it here at BestUSACasinoSites.com.