Rhode Island Governor Gina Raimondo has approved a bill that legalizes online and mobile sports betting throughout the state. This is despite the fact that Rhode Island Republican leaders made threats to ensure that a state-wide referendum takes place over the matter. At this moment, it is unclear as to when the state will see its first online and mobile sports betting sites pop up. The division over the issue came over the fact that Republicans did not believe that voters had said yes to the idea of online sports betting. Democratic leaders stated that voters had approved the notion when they voted on the referendum to allow table games at Twin River casinos across the state in 2012 and 2016. 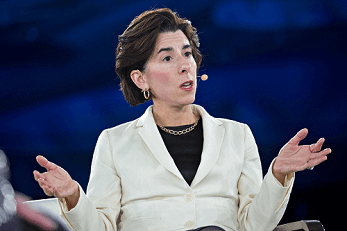 With the new laws due to come into effect soon, Rhode Island has stated how they plan to avoid violating the Wire Act – the law that bans interstate sports betting. Basically, all new users will have to sign up at casinos. All wagers will then be received at a “server-based gaming system” which will be placed at casinos across the state.

How popular the new service will be remains to be seen. In November 2018, Rhode Island legalized sports betting and it has been stated that the state has not seen the revenue returns they would have liked from the initiative.

Despite this, Democratic state legislators have defended the action stating that legalizing the hobby has at least allowed the state to get a piece of the revenue going to illegal sports betting avenues. It is estimated that the state aims to get at least $30 million from legal sports betting.

The state has not yet said which service providers they’ll be using to offer online services. However, it does currently use IGT and William Hill for land-based sportsbook services, so there is a chance that it could be one of the two gambling operators.

Whether or not the new bill will be contested remains to be seen. However, if you want to keep up with this story, be sure to keep it here at BestUSACasinoSites.com