National Hockey League (NHL) commissioner, Gary Bettman, announced on Thursday that the league has partnered with William Hill US. Bettman went on to say that their partnership with sportbooks operator William Hill US demonstrates innovation within the industry and opportunity for fan engagement It is the NHL’s third agreement with a sports betting partner. As part of the panel on sports betting, organized by the American Gaming Association, Bettman stated that this strategic move is one he hopes will help grow the industry. 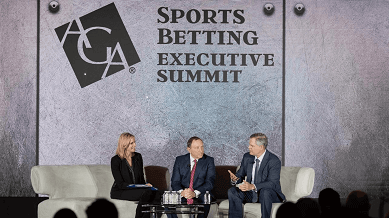 William Hill will provide marketing revenue to the league as part of the agreement. In return, promotional opportunities will be made available to William Hill in NHL markets. Furthermore, William Hill joins MGM Resorts and FanDuel as sports betting partners of the league. William Hill already had a strong relationship with members of the NHL as the group previously held deals with the Vegas Golden Knights and New Jersey Devils.

During the Golden Knights games with the New York Rangers and San Jose Sharks, the NHL tested a puck and player tracking technology. Bettman sees the increase in the number of players and data as an opportunity for the league. The league plans to use the data produced by the technology in the game for sports betting. 200 data points on players and 2, 00 data points per second on pucks can be recorded with the new technology. In May, the Supreme Court declared a federal ban on sports betting unconstitutional, allowing all states in the USA to decide if they want to legalize sports betting. Sports league and sportsbook have benefited from this opportunity to increase fan engagement. Bettman understands that the world is evolving technologically and sports betting must keep up. Most importantly, he wants to keep a good relationship with fans by providing a great experience through mobile sports betting.