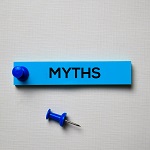 Video poker myths are the reason many players find it hard to trust machine-based casinos. Casino game machines are impersonal, and the idea of not knowing what happens behind the machine tends to make players uneasy. When players lose money at video poker machines, they tend to create their own reasons to what could have gone beside not being lucky. This is how many myths start because they start developing myths about how casinos crooked them out of their money.

Regulated casinos have laws that they have to abide by. Looking at the trigger the picture, casinos wouldn’t go out of their way to mess with machines and risking losing their gambling license or reputation. This hasn’t stopped the myths from circuiting in many casino communities. There is a ton of myths on the internet, and it would take us all days to get through some of the untrue superstitions. Have a look at our guide where we debunk five myths and a valid exception.

The RNGs’ sole responsibility is to shuffle the deck and deal the playing cards.  The random number generator is programmed to produce random card combinations. Casinos cannot rig the RNG to favour certain players or bets. The function of an RNGs is to keep games fair and legit according to the gambling jurisdictions.  Casinos would rather keep their gambling license than to cheat player out of a couple of dollars by rigging RNGs.

There isn’t a switch that casinos can switch on and off to lower the payback on video poker games. The payback can only be changed by changing the settings. We don’t know about you; however; we think that would be far too much work for the casino to keep changing the settings. It is also illegal to change the odds by using deals which aren’t random.

The players playing speed does not affect the machine’s payback.  Playing faster than usual will not increase the players’ chances of winning. In fact, increasing the playing speed may cause players to make silly mistakes.

A part of the biggest video poker myths that players are sure to come across is that if a machine hasn’t hit in a while, it is due to pay big soon. This myth is unreasonable. The hands played on the casino game machines do not affect the hands that follow after them. Each hand is an independent event regardless of the outcome of the previous hand. This myth is similar to the myth about avoiding machines that have just hit a royal flush.