Betsoft Gaming recently announced that it will soon be releasing a new online slot called The SlotFather II. This is the sequel to another popular online slot from Betsoft called The Slot Father. The previous slot first appeared online back in January 2013. We are fairly confident that this latest installment will be just as good, if not better.

We don’t have an official launch date yet for this much anticipated new real money slot. But we do know that it will be previewed at stand S3-312 at this year’s ICE Totally Gaming Trade Expo. This annual event is scheduled to take at the ExCel Centre in London place between February 7th and 9th. If you are lucky enough to be able to attend, you’ll get to sample a demonstration of the new SlotFather II slot. 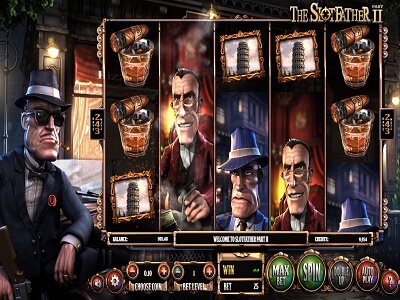 The original SlotFather online slot machine from Betsoft Gaming has always been a popular game ever since it first arrived in casinos. The quality of the graphics and slow loading time of the bonus rounds seem a little bit out of date and frustrating. This is in relation to the same attributes to the very latest Betsoft Gaming slots.

For example, if you look at games that have mostly been around for less than two years. We can see that the graphics are much sharper. Further, the overall quality of these newer slots is far superior compared to their older slots.

The original SlotFather online slot had a progressive jackpot to play for and we’re hoping that this new slot will also have one or more progressive jackpots to play for. We are also hoping for a couple of in-play special features and possibly a Free Spins Bonus Round and/or some kind of exciting second screen, multi-level bonus game to win prizes from.

Hopefully, the new SlotFather II online slot will be available at US casinos such as Drake Casino and Gossip Slots before the end of March 2017. As soon as we have any more information about this game we will let you know right here so remember to keep checking back with us on a regular basis.